Get to Know Lainey

Think we are a match? 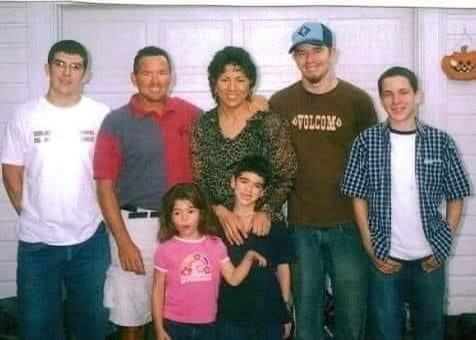 I am fiercely independent and have been the caretaker in my family since I was a young child. I have been on my own since the age of 15 when my mom chose to move down south with her husband leaving me and my older brother behind. Sometime later, when she left my stepfather, she could not handle one of my younger brothers, so my mom sent him to live with me in Colorado. I was 16 and my younger brother was 12. That was a continuation of what life had always been for me…I remained the caretaker for my entire family. Much more responsibility was handed to me from that day forward, I never knew any other way. It was unfair and unsettling to say the least. Although, I became who I am today…strong, loyal, independent and full of love for my siblings, my extended family and my 5 children I gave birth to. Asking for help is something I have never been comfortable with, but I realize that in life everyone needs help sometime.

My parents were together until I was 2 years old. From the age of 2 to 7, we lived in Worcester right across the street from my aunt and at various times my dad lived on the same street. When I was 7 my mom decided to leave my stepfather for the first time. She packed us up and moved us to her mother’s in Brockton, MA. My brothers and I lived a very fear filled and uncertain childhood. My mother would move us away then go back with her husband. From the age of 7 until I was a teenager I had very sporadic visits with my dad. But it was not my father’s choice not to have me with him every day. I used to daydream about my dad and seeing him again and that is what kept me going during the sad and scary times.

When I was 10 years old my father had a son named Charlie. Because I was not living in Worcester anymore, I did not really get to know Charlie until I was about 14. In the years that I was away from my dad he had fathered 2 sons. One, named John, passed away as an infant and Charlie had also been sick as a baby. I was too young to understand it all. But Charlie had had one of his kidneys removed. He had a genetic kidney disease called Polycystic Kidney disease (PKD). So, from my early teen years I had heard talk of this genetic disease. However, at the time much of what I was told about it turns out not to be true at all. For example, I was told it is not a disease that girls get. They can be carriers, but they will not develop the disease. When I was first told about it, they were unsure which side of the family it came from. When my brother Charlie was getting ready to graduate from high school, his mom (my stepmom) and I had a conversation and she told me she had learned that she had been the one to carry the gene for PKD. She was heartbroken and felt very guilty for having passed this gene on to my brothers albeit unknowingly.

I just went on believing that I had nothing to worry about as this genetic disease came from my stepmom’s side of the family it seemed. I went on to have the last of my 5 children. My children were all healthy and happy children. No issues to speak of except for a genetic hip condition my youngest child had. I never gave PKD another thought. That is, until my aunt, my father’s sister, was diagnosed with the disease. My aunt dealing with this diagnosis kind of coincided with my dad’s battle with oral cancer. Right around the same time I brought one of my sons for his physical and he had protein in his urine for the second year in a row. I mentioned PKD to all my children’s doctors because when my aunt was diagnosed, I was concerned that my children might have it too. My son was sent for a cat scan, and he was later diagnosed with PKD.

My father died three days after I had my daughter. I was simply crushed. I felt like I had been cheated out of my father in my childhood and I now had him with no interference from others but suddenly he was gone…forever.  I suffered terrible post-partum blues and was deeply grieving the loss of my dad.  I remember my cousin coming home for my dad’s service and later another family member’s funeral. While he was here, he had done all his testing as he was going to be my auntie’s (his mom’s) living donor. Sometime later my cousin had a health issue. A stroke I believe it was. My Auntie had to fly to California to say goodbye to her first born and she also had her kidney transplant in California. I was very fearful during that time as my aunt is the ONE constant in my life. She is the one I could always look to for advice and support since I was a small child. I had her telephone number memorized since I was in kindergarten and never forgot it. She always set such a great example for me as a mother, a sister and a human being. She is a woman of great faith. The thought of losing her terrified me and the thought of her dealing with losing her son while trying to recover from a kidney transplant all the way across the country was overwhelming. During this time, I got sick and was hospitalized. I had a bad kidney infection. In my heart I knew what it was, but I did everything to avoid getting that diagnosis. I spent a week in the hospital avoiding a kidney scan. I was relieved. Somehow not having that formal diagnosis made me feel better. But at a later point I started to have blood pressure issues and my doctor strongly urged me to get the kidney scan done. I had the scan and it showed that I had small cysts on both kidneys. My primary care told me that there are many people who have cysts and do not have PKD. If I had true PKD my cysts would be much larger than they were for my age. But I knew in my heart that it was more likely that I have PKD. I did what I had done my whole childhood when things became too much to bear. I chose to put it out of my head. The doctor prescribed medication to keep my blood pressure as low as he could so that if I developed serious issues later in life my kidneys would not have spent years overworking. I took the medication as a sort of preventative and lived my life as if I had it. Taking care of myself every way I could. Eventually I could no longer avoid the diagnosis and it was formally put into my medical records.

My father died at 56 and was never tested. However, since my father’s death, all his siblings have been diagnosed with PKD. I have so many family members with this disease. My uncles are all on dialysis and awaiting transplants. I have a cousin who has had a successful transplant and is doing quite well. I have another cousin who is younger than me who is on dialysis and waiting for a transplant. One aunt who had a transplant about a decade ago and my Auntie of course who had her son’s kidney transplanted into her more than 18 years ago and at 80 years old still lives a great life. There are many other cousins who like me who are just trying to take care of themselves and staving off this disease as long as they can. My son is doing great so far and is being followed by the same nephrologists who treats most of my family.

But, PKD has truly ravaged my family. It hardly seems fair. My brother Charlie was on dialysis for many years and had so many health challenges. He lived his life with his one remaining kidney, hoping for a transplant. Charlie and I were not as close as I am to my other siblings because we were not raised together and there was a ten-year age difference. I stayed away in the later years in all honesty because I could not bear to see what he was going through as I knew this was in my future also. I live every day wishing I could go back and do it all differently. Charlie had his remaining kidney removed just as COVID-19 hit. He caught COVID-19 and spent some weeks in the hospital on life support and alone due to COVID restrictions. He fought PKD his entire 44 years. I am grateful that he is no longer suffering with PKD, but I have regrets without a doubt. 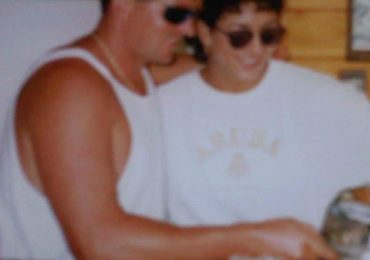 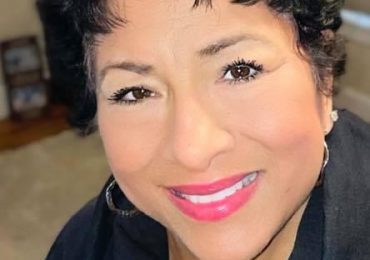 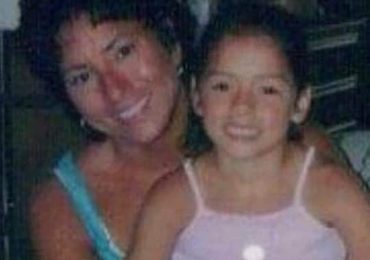 I have maintained my regular nephrologist appointments all through the years and feel nauseous and anxious every time I go, waiting to hear bad news. After Charlie died, I made a conscious effort to change my thinking from “I cannot do this” to “Charlie did it for 44 years, I CAN DO THIS!” I am not going to say that I am not frightened because I am. But I realize there are just some things in life we have no control over. My mom always said, “Life is what you make it!” I can give up or I can fight. I have always lived for others. I have always gone out of my way to take care of others. It is now time for me to take care of myself first. Asking for help is not easy for me. Admitting that I even need it is difficult. But I want to live!!  More than anything I want to show my children that they can still live even in the face of this very scary disease. Life is not over because I have PKD and I still have a lot of living to do!! There are approximately 14 of my family members who been diagnosed with PKD, so far. We are all fighting in our own ways to stay healthy and live life and pray for the opportunity to get a transplant. Each of our children have a 50% chance of having the disease and so many of us having it keeps us from being able to donate to each other. So, we fight each day to live and still enjoy this life hoping to be given the gift of more life.

It is my hope in seeking a donor for myself that others may consider donating to one of my family members if they are not a match for me. My family members have really gone through so much with this disease, fighting on each day and never complaining. I hope to be half as brave as they are.